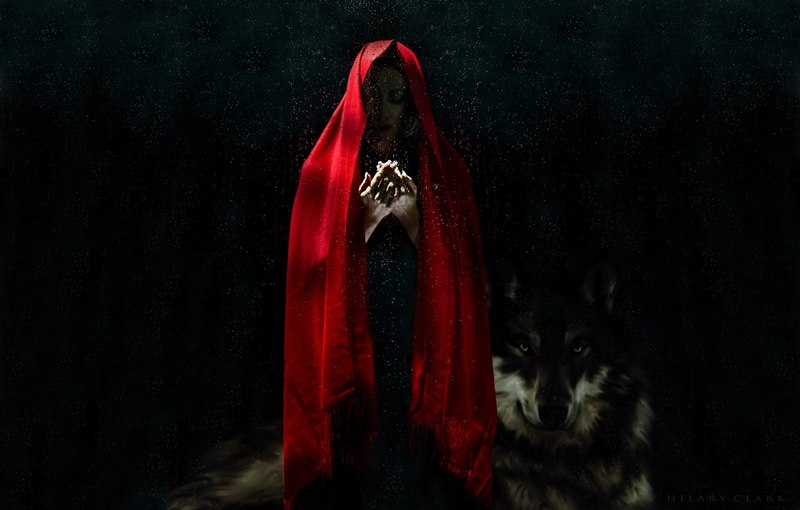 Be a Happy Nonsmoker in 7 Days (A FREE GIFT)

I lighted the very first cigarette at the ripe age of 12.

Smoking was my way of rebelling and showing independence.

At that moment, I never decided I would become a smoker for 17 long dreadful years.

Like most smokers, I initially hated the taste of tobacco, therefore, I had the belief I could stop at any time.

Unfortunately, nicotine is an immensely fast-acting drug and experimenting with it often leads to addiction. 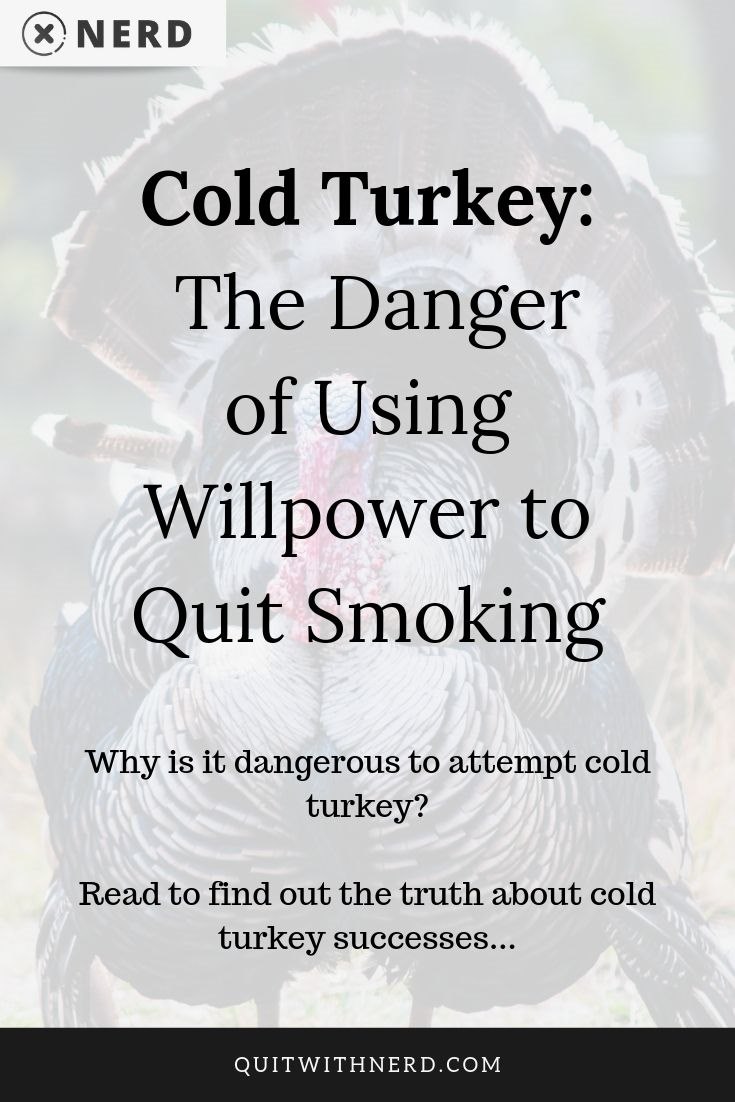 If Only I Could Turn Back Time

The truth is if you have given me a chance to go back to that very day, I can guarantee you I will make damn sure that I will NOT light that first cigarette.

However, there’s no going back. Whatever is done is done…

The only thing we could do – to somehow reverse our situation – is to change our approach moving forward.

And that is exactly what I tried to do…

By attempting cold-turkeys (commonly know as willpower) for close to 2 decades.

I did this with absolute ferventness with the hope of ‘reversing’ the action I took that very day.

Read on to find out…

The Subtlety of Nicotine

Many scientific research studies had concluded that nicotine addiction is fast-acting and extremely subtle.[efn_note]https://www.ncbi.nlm.nih.gov/books/NBK236759/[/efn_note]

Because of the subtlety, it took me a while to realize that I was addicted to it.

I always had the notion that smoking fills a void in my life so whenever I couldn’t smoke, I felt moody or agitated.

I remember when I was 16 – at this age, I was supposed to have full of energy – I couldn’t even play 30 minutes of a ball game without gasping for oxygen.

I was averaging around 10 cigarettes per day then.

When it comes to sports I’m pretty competitive so when I couldn’t catch up physically with my peers, I naturally tried to quit.

It was at this moment – when I attempted my very first cold turkey – that I realized I had a major problem.

What is Cold Turkey

Cold turkey is simply using willpower to quit smoking without any external aid.

The good news is most people who quit smoking use this method.

The bad news is it has a staggeringly low success rate of less than 5% and has a supremely high relapse rate of more than 80%. [efn_note]https://www.phc.ox.ac.uk/team/nicola-lindson[/efn_note]

The fact that society calls it cold turkey implies that we are about to make a sacrifice.

It is this sense of deprivation that keeps our desire to smoke stronger than before.

I know all the reasons why I shouldn’t smoke.

Perhaps, like you, I weigh the pros and cons of being a non-smoker vs being a smoker.

I came to the conclusion that being smoke-free is infinitely better.

The fact is there is no need for comparison.

Even as a smoker, I knew that being smoke-free is the best option

The answer was obvious to me.

But what I cannot understand was why I couldn’t stop smoking… no matter how many times I tried, I kept failing over and over.

The impression that I have to make a tremendous sacrifice when I quit invokes a lot of fears in me.

The fear of missing out of something (or commonly known as FOMO) and the belief that I’m depriving myself of an ‘enjoyment’ makes me literally sick to the stomach that I have to light up a cigarette to ‘relieve this stress.’

Quitting was difficult because cigarettes are exceptionally precious to me. I needed them both in good times and in bad.

The longest I went without a cigarette was 6 months in 2014.

It was supposedly the most successful attempt but I felt like a failure.

As a smoker whenever I was stressed I would rely on cigarettes to relieve me but in the 6 months when I abstained, I felt highly uneasy and agitated.

As if nothing could calm me down except for cigarettes…

I literally forced myself to stop thinking about smoking but this almost guarantees that the only thing I think about is the very thing I wish I didn’t.

I was still being dominated by cigarettes even though I was not smoking.

Inside me, I was desperately craving a cigarette.

Finally, after 6 months of back-and-forth struggle, I admitted defeat and surrendered by lighting up a cigarette.

I told myself that I would just have one to ‘prove that I have kicked it.’ But to be honest, it was just my way of throwing in the towel.

Here are three deadly fallacies I associated with smoking that kept replaying at the back of my mind:

But I couldn’t grasp this truth then because…

The Reasons Behind My Failures

Whenever I stopped smoking and faced life stresses, I blamed my decisions to quit and gave cigarettes all the credits.

Believing that cigarettes were giving me an intrinsic ‘pleasure’ was the biggest reason why I failed over and over.

Read: 5 Reasons Why Smokers Find it Difficult to Quit Smoking (HARD TO QUIT)

On top of these, I was also convinced that nicotine withdrawal was extremely agonizing.

The truth is physical withdrawal from nicotine has NOTHING to do with my failures. Read the truth of nicotine withdrawal here.

It was safe to say that nicotine has left my body completely by the end of the first week being smoke-free, therefore, physical withdrawal is not the main culprit.

Take a look at this quit-smoking timeline:

If it wasn’t nicotine or the many additives contained in cigarettes then who could the main culprit be?

I’ll tell you who is…

The real misery is entirely mental.

The biggest challenges happened within my own mind.

It was the FOMO effect and the perception that cigarettes relieve ‘stress’ that kept me smoking again and again.

This is important to know because the first step to quitting – and be eminently delighted about it – is to understand that smoking does absolutely nothing for us.

The Risks of Going Cold Turkey

I’m not saying that going cold turkey is dangerous in itself.

What I mean is that the dangers and risks are magnified when we don’t understand the truths about smoking.

And this is true for ALL methods… I’m not only implying to cold turkey.

It is dangerous because if we don’t understand the truth we will remain miserable even after we quit.

When we believe we are depriving ourselves then cigarettes will appear to be more desirable.

This is extremely dangerous…

Smokers who succeeded without first understanding the truth will definitely find this undertaking to be extremely unpleasant and difficult… even years after they have quit.

Willpower is not infinite. We use it up very quickly.

It is no wonder why smokers who believe they are making a huge sacrifice relapse literally just hours later.

If this shit-cycle continues on, we will begin to doubt our abilities, willpower and most tragically, we doubt ourselves.

And this underlying will affect different areas of our lives unceasingly.

Our temper and agitation increase while our concentration and patience decrease.

In summary
The more these downward spirals continue, the more we doubt ourselves and the more credits we give to cigarettes hence making our quit attempts constantly more difficult over time.

The Truth About Cold Turkey ‘Successes’

We have heard of fantasies that someone suddenly wakes up one morning with absolutely no urges to smoke whatsoever.

The sound and action of attempting cold turkey are courageous in and of itself despite having such a low success rate.

Conversely, it is because of the low success rate that makes the person who made a successful cold turkey attempt seems like a powerful person.

I’d say there’s more to this than meets the eye.

These rumors were investigated and they are rarely as simple as they appear. [efn_note]https://en.wikipedia.org/wiki/Allen_Carr[/efn_note]

The ‘suddenness’ was due to mental preparation that happens months prior to that one sudden morning.

They tell people, “I just made up my mind and decided to quit then and there” because it implies that they are tough, decisive, no-nonsense go-getters.

If you think about it, this sounds way better than any reason we give ourselves to quit.

Don't Get Me Wrong
I have nothing against people who quit smoking, in fact, I would do anything I can to support people to quit. I share this so you don’t have to feel bad about yourself when you fail because it isn’t your fault. The truth is these successful attempts were prepared well in advance. My goal is to help you be mentally prepared so that you can wake up one morning with no ‘sudden’ urges to smoke too.

Be An Urban Legend Yourself

You can definitely succeed with cold turkey regardless of how many times you have failed in the past.

The truth is many people have already done it.

As you can see, it isn’t so much about using willpower per se. It is more about understanding who and what we are dealing with.

Don’t beat yourself because you think you ‘lack willpower’ or because you are ‘not disciplined enough.’

You can be an urban legend too if you wish.

If you wish to be one
Be sure to read: Will Life Be Boring or Different After We Quit Smoking?

But first, you have to refine and retune how you associate with cigarettes.

What you need support is the battle within your own mind.

More often than not, we are our own worst enemy.

Invite your friend who is about-to-go or has-already-gone cold-turkey to read this.

Thanks for investing in yourself and giving me this opportunity to share my story.

I hope I have been of service.

Nicotine Benefits: Can Nicotine Itself Be Good For Us? (PROS & CONS)

Jeremiah started Quit With Nerd to help smokers quit with pleasure. Quitting can be as easy as kicking the bully in the groin or as difficult as getting yours kicked. The funny thing is it all depends on your frame of mind. Jeremiah managed to kick this bully recently so now he takes it upon himself to assist you in any way he can. Jeremiah is currently working on the Gracious Quotes project to inspire more people.

Will Life Be Boring or Different After We Quit Smoking? (POSSIBLE)

Quit Smoking Timeline: What Happens When You Stop Smoking (BENEFITS)

Why Quit Smoking: The #1 Reason We Need to Stop Smoking (LOVE)

Best Way to Stop Smoking: Quitting Doesn’t Have to Be Difficult (TIPS) 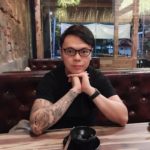 I started Quit With Nerd to help smokers quit with pleasure. Quitting can be as easy as kicking the bully in the groin or as difficult as getting yours kicked. The funny thing is it all depends on your frame of mind. I managed to kick this bully recently so now I take it upon myself to assist you in any way I can.

Jeremiah is also currently working on the Gracious Quotes Project.